We were a reduced group of 8 walkers today as for a variety of reasons many of our friends were unable to be with us. 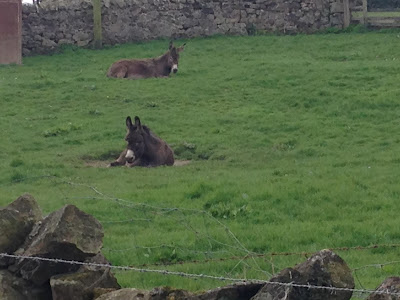 Parking our cars at Lochgelly High School we set off for a 6 mile walk. This has been adapted from a Ramblers walk and involved a lovely bit of countryside walking around Lochgelly, Lumphinnans and Cowdenbeath.Thankfully since the trial walk the nice weather had dried up the boggy parts.
Following a track which was next to the goods entrance of the school  we reached Lumphinnans Farm.

How appropriate on Palm Sunday when Jesus rode into Jerusalem on a donkey, an animal of peace, we should come across these two lovely donkeys enjoying the peace in a small field in front of the farmhouse 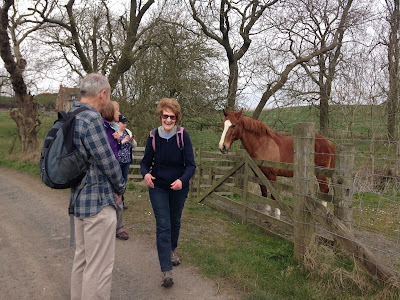 Walking along a path which was originally a pug line serving the local pits the small birds were bursting into song and appeared to follow us as we walked along. Spring has definitely arrived as the bushes were starting to show new growth.

Coming out at Pit Road we then crossed Main Street, Lumphinnans and headed over a fairway of the Dora Golf Course (named after a local pit) towards a gravelled path which we followed to Brucefield. Walking along Paul Street we then headed North onto Cartmore Road, Lochgelly and we followed this until we reached countryside tracks which we followed until we retraced our steps to our cars 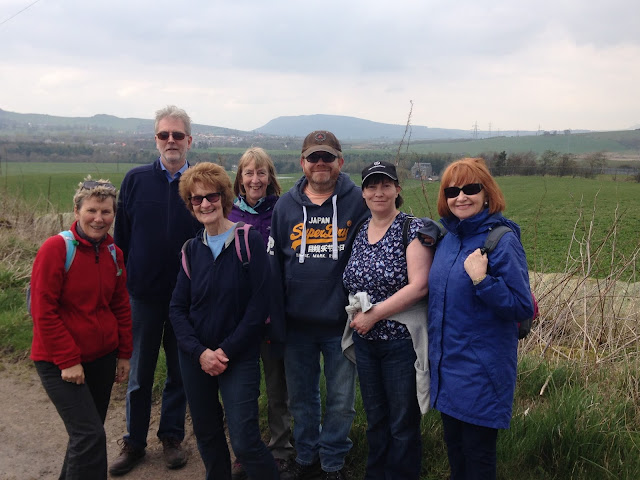 There was a wide range of topics of conversation as usual and the six miles passed very quickly. After saying our walkers prayer we headed to Sainsbury in Kirkcaldy where after arranging their furniture we settled down to cream scones and cakes

Posted by Quilters at Work at 21:14 No comments: