Well that was very different today. It was decided that we should team up with the Walking Group from St Andrew's Erskine Church in Dunfermline who know Townhill like the backs of their hands, and so there were 23 people and a dog - Pele - on the walk. 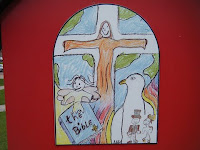 We met at their church where we had coffee and delicious home made scones in the eatery and were shown inside the sanctuary, chapel and main hall. What a lovely light and airy space with tasteful modern church furniture. The walls in the sanctuary were draped with colourful banners made by their very talented craft group and the cross is actually formed with clear windows in the wall of the church allowing the light to flow through. Simple beauty.
The coordinator of the walking group, Charlie Downie, led us a lovely 4+ mile walk around the loch which is now the home of Waterski Scotland although there were only ducks and swans on the loch today; too early in the season. 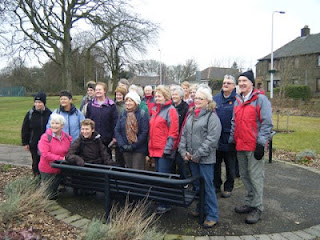 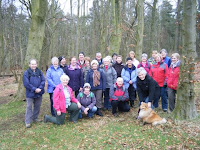 We tended to walk in pairs beacuse of the width of the paths and I thought at one point that there must have been eleven different conversations going on at any one time. A guid blether was had by all. Our cars were back at St Andrew's Erskine church so after our little prayer we said our goodbyes there, promising a return match in our neck of the woods next time. There was a nice connection made with St Andrew's today and we were glad we took the initiative to get to know them. Lovely people, good company and generous hospitality. 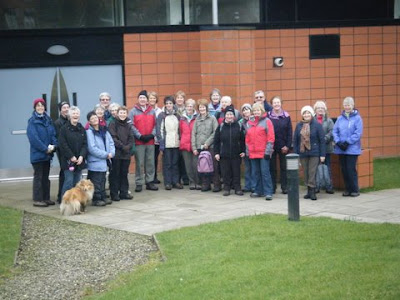 And would you Adam and Eve it? The r--n stayed off until we were back in our cars once again? Now that's a bit more than coincidence.
Posted by Quilters at Work at 12:47 No comments: 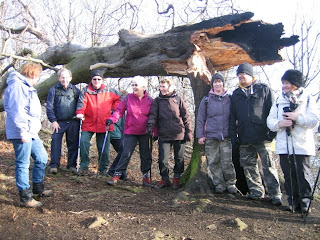 On Sunday 5th February our walking group went to Dalgety Bay, some by train and some by car. We set of from the station to Hillend Village to walk up Letham Hill Woods. The views from the top of the hill, taking in the Firth of Forth, the bridges and Edinburgh were stunning and the weather was perfect. Our descent to the coastal path was very muddy and slippery but we had no mishaps.

We took the path round St Davids Harbour and on to Dalgety Bay, we got a bit lost on our way to Dobbies Garden Centre, but we all got there in the end! Tea and scones were enjoyed by all.

It was then back to the station to complete our 5 mile circuit. We all had a great afternoon out. 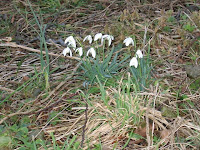 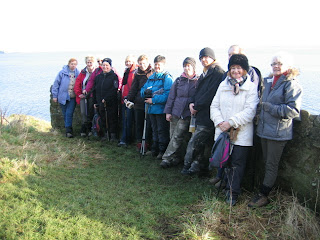 Posted by Quilters at Work at 05:19 No comments: